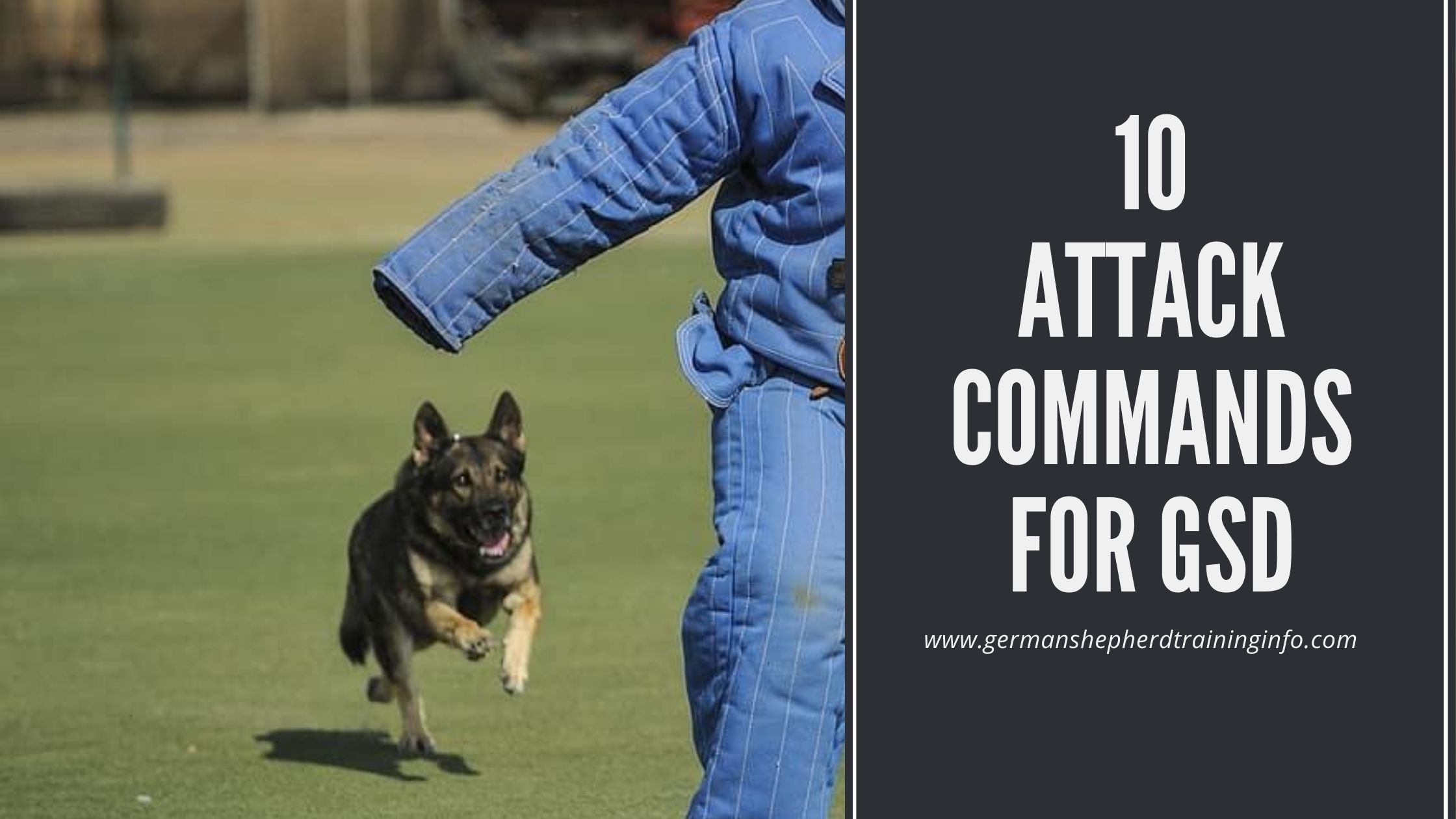 It’s so unfortunate that German Shepherd is still considered ‘an aggressive breed’ by many unaware people. Even after showing their extraordinary capabilities multiple times, they are not given the recognition they deserved.

Well, it all depends upon how owners keep their german shepherds. No breed is born ‘aggressive’, its a reaction to the environment they are kept in.

Why is attack commands important for german shepherds?

Proper training and care is a must for the pet to live harmoniously with the owners. Not necessarily aggressive, but a german shepherd that attack-on-command with defensive training can really be life-saving in case you caught yourself in dangerous situations.

Here is a viral video of a german shepherd saving a little girl from possible kidnapping(mock drill). Just the time, girl senses something wrong, she called the dog. German shepherd attacks the kidnapper while also defending the girl. This shows why in situations like this, attack commands are important for german shepherds.

Do note that, the focus here must be in training protecting skills rather than just attacking. Training for attack and protection goes side by side. This is one of the main components of Schutzhund training.

For all unaware, Schutzhund is a dog sport that evaluates the working capabilities of a dog. This training method originated from Germany and used as suitability tests for german shepherds back then. Three main aspects of Schutzhund training are; Tracking, Obedience, and Protection.

I’ve curated a list of top 10 attack commands for german shepherds. Do note that these commands are based on Schutzhund training and are german in language. It is important that we follow the whole process including asking to attack, to calm down, and lastly appreciating for doing a good job. Hence some of the attack commands given are not directly attack related.

Personal Experience: Create Your Own Commands

Now do remember that these are standard german commands for protection training to german shepherd dogs. To my experience, a dog doesn’t necessarily need these commands. As you live with them, the bond creates your own language to educate both the pet and the owner of each other.

Like, I have my own language with my german shepherd pet, Tyson. ‘Hoosh’ is the command that I use to alert my dog about the possible danger. ‘Nope’ is the command I use to calm him down. Similar to this, pet owners can create their own language with their pets. Since, its unique, the dog is aware of the fact that the owner is actually conversing with him and not anyone else.

READ :   Can I Give Imodium To My German Shepherd?

Standard commands work well for professional breeders and trainers. Personal commands on the other hand work well for your home pet. Your dog doesn’t necessarily have to learn all the commands. Start with the basics first. However, there are some points you need to keep in mind before training your german shepherd pet properly.