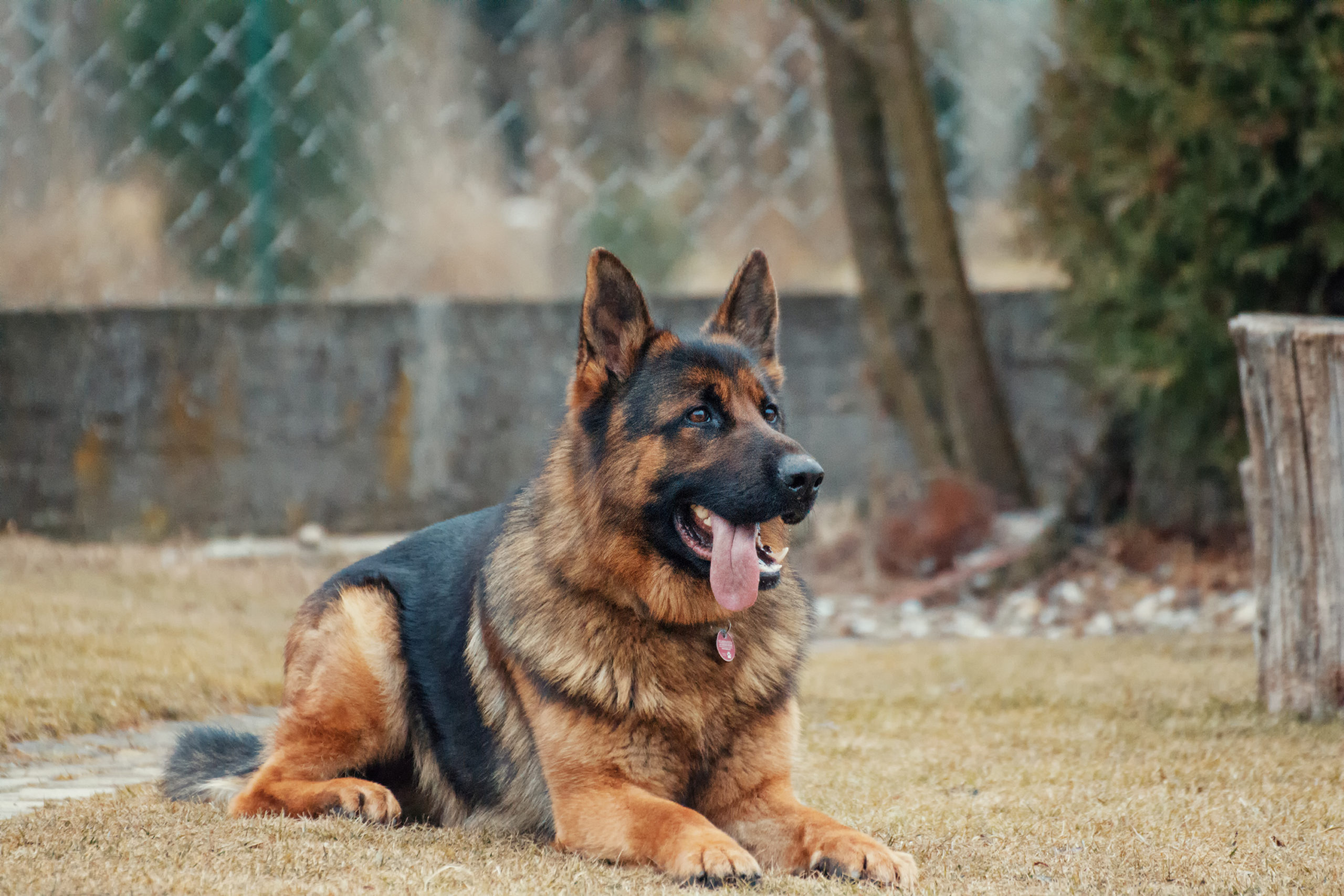 Looking for a purebred pet dog for your home?  One of the smartest, intelligent, majestic, and greatly assisting class of dogs is German Shepherd. It has earned popularity and fame from different parts of the world. All this has made it one of the most-sought dogs for both homes and commercial areas. But choosing the original purebred German shepherd dog requires a careful analysis of the significant physical signs and thorough understanding of all the traits.

This guide will help you to pick the dog with original purebred features. While there are several ways to verify that the german shepherd dog is a pure breed or not, we have covered all the distinctive features below that will surely aid in simplifying the identification process for you!

Colors have a significant role in portraying if a dog from German Shepherd is original in its breed or not. The variants found in colors of dogs from German shepherd breed are many, where eight patterns are most common – pure black, pure white, black and tan, etc.

Though most of the colors are permissible, strong colors have a greater say. Also, lighter colors, off colors, pale and washed are not the ones you are looking for if you want a purebred german shepherd. Furthermore, white dogs must never be selected since they aren’t part of an original breed at all. In comparison, the other colors are said to vary from one country to another. YOu can check playbarkrun‘s guide on german shepherd coat length and colors.

The original German Shepherd’s forequarters are muscular with lengthy shoulder blades that are angled too. Along with this, the forefoot and hindfoot are proportioned similarly for moving simultaneously in opposite directions. The shoulder blades have a vibrant melange with the upper arm, intersecting at a right angle. Though the limbs are straight, the angles are oval-shaped and not round.

READ :   German Shepherd vs Boxer: Which breed is for you?

According to the source, the pasterns, sloping part of foot found between fetlock and hook, are springy and valiant, and they form a twenty-five degrees angle from vertical. Also, with regards to Hind Quarters, a pure german Shepherd would possess broad and muscular hindquarters where the upper thigh could subsequently meet the lower thigh in ninety degrees.

The originally bred German Shepherd dog’s head is strong, noble, and purely chiseled. It shouldn’t be coarse. The size of the head also matters and ought to be proportionate to the entire body size having a keen and intelligent expression. The head of a male German Shepherd dog is distinctly masculine, whereas the head is distinctly feminine in the case of a bitch (female dog). The head is carried forward so high by the dog in times of great excitement and attention. However, the rest of the time, the head of the dog would be slightly higher than the shoulder’s top. Finally, the common expression is said to be quite composed as well as intelligent.

There are a few considerations to be kept in mind while reviewing the originality of the dog from its ears. The first consideration is regarding the drooping of the ears in puppies of every breed. Many proud German shepherd owners share for other breed puppies; the ears droop may be sideways while for pure German Shepherd, the ears droop straight downwards.

As the pup grows to become an adult dog, it can be spotted in an instant because of the shape and sharpness of the ears. The dog’s ears will become significantly pointed, but not extremely. The size of the ears will also be proportional to the size of the entire head. Their head can be seen in such a way that both the ears’ central line runs parallel to each other and is perpendicular to the ground. Thus, a dog with drooping/cropped ears, even after growing, shouldn’t be taken at all.

READ :   Why Does My German Shepherd Put Its Paw On Me?

The eyes of each dog have many stories to say. This adage applies to the breed of German Shepherd too, and one can judge if a dog is a purebred original one, with its eyes also. The ideal original German Shepherd’s eyes are of medium size, resembles the shape of an almond. They do not protrude but are set slightly oblique. The color of the eyes is also preferred to be as dark in complexion as possible.

The ideal original German Shepherd jaw has forty-two teeth, with the dentition, being twenty-two in the lower jaw, and twenty in the upper jaw. The upper and lower jaws are also strongly developed and have their blend in a scissors-bite. It is where a section of the upper incisors’ inner surface meets and confluences with the lower incisors’ external surface. There are preferences in choosing with respect to dentition. Complete dentition is always desired and preferred.

Thus, a study shows that a dog with any teeth missing apart from the first set of premolars mustn’t be considered for the pure breed, and it is a severe fault to have missing teeth. At the same time, jaw with overshot/level bite is also not favored. In the same way, a dog with an undershot bite cannot be considered as well.

Facts show that an ideal dog from a German shepherd breed has a double coat, which is of medium length and can be wiry too. But, most importantly, the double layer of coat needs to be plush, implying that a fluffy coat must be found beneath the outer coat, which in turn gives the fur some volume.

However, shorter coats are also accepted from standards. With regards to the outer coat, it has to be as voluminous as possible, roughly textured, and in close association with the body. The primary and common faults found in other non-original breeds are lengthy coats or curly/woolly/silky/open coats.

According to a reliable source, the feet of the original German Shepherd is usually short, round, and possess compact and well-arched toes. The footpads are tough and thick, but not rough or chapped. The footpads are also short, and the nails are dark, small, and strong. Also, the dewclaws might be found in the hind legs but shall be removed-front dewclaws are not removed usually but can be removed. The rear dewclaws must be removed, if any is found, in a few days after the birth.

As per official AKC standard, German Shepherd dogs are basically trotting dogs that have a greater outreach and an effortless stride where the maximum possible ground is covered with minimal effort. Thus, the gait of a dog, for it to be original German Shepherd, must be smooth, effortless, and in a rhythmic pattern which is accomplished with the hindquarters offering a mighty forward leap, that marginally lifts the dog and takes the body forward.

The tail of an original German shepherd is fluffy, set smoothly into the hindquarters with the last vertebra extending till the hock joint. Also, if the dog rests, the tail must hang in a smooth slight curve like a sword. Meanwhile, if the dog is in motion, the tail lifts and raises with a highly pronounced curve. Also, it is a must to consider the fact that the tail must never curl forward beyond the demarcated vertical line.

It’s always amusing and rewarding to own a purebred original German shepherd. The amount of excitement, loyalty, assistance, commitment, intelligence offered by it is simply awe-inspiring.  But, one must carefully analyze their physical features like gait, eyes, ears, head, foot, etc. for choosing the right German Shepherd of original breed, if one aspires for a pure one.

Now that you have known about all the relevant information, we are sure you will be able to get the purebred dog easily. You may also check out different varieties of original german shepherd dogs before buying the right one!