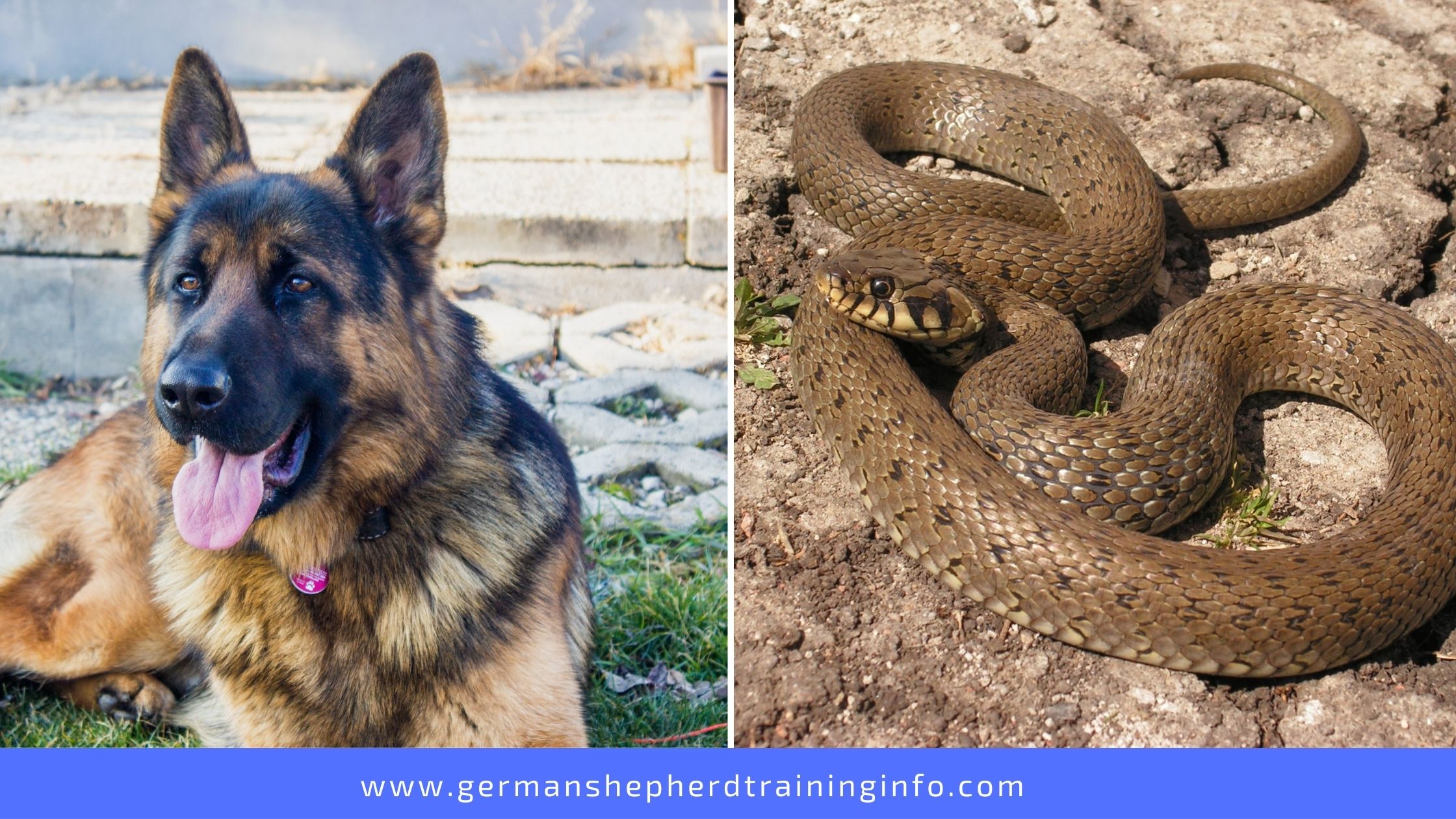 German Shepherds are known to be extremely loving yet robust dogs. Dog lovers adore them for their reflex and wit. There is no denying that these creatures are too protective of their owners. If they see their owner in any sort of danger, they will do anything to protect them. That is why they are considered one of the best breeds to serve the nation and the police.

Another gospel truth with these bewitching creatures is that they are supremely intelligent. They can sense the motive of the other person. Talking about their qualities, their power cannot be underestimated. They are capable of killing plenty of animals too. But are they powerful and smart enough to kill a snake? Killing a snake could be tricky for any animal because of its ability to move around swiftly. But, can German Shepherds kill snakes?

Let’s find out by carefully examining the qualities of a German Shepherd.

Qualities of a German Shepherd

Strong, Vigorous, and sturdy – these words are enough to describe a powerful breed like a German Shepherd. It’s a fact that these dogs can be over guarding and over-aggressive, especially if they see a threat to their or their owner’s life. They sure are handsome, but behind that handsome face is also a muscular body that is very capable of taking down any animal or human.

Although these dogs are considered to be great family dogs, yet the fact alone that they serve the country’s army forces is an indicator enough of how powerful, intelligent, and quick-witted they can be. Their qualities are such that they can easily kill an animal or a reptile.

German Shepherds being wise, have a natural instinct, wherein they can easily judge the intentions of the animals or even the humans. If they think that the animal near it is totally harmless, they are less likely to attack. However, if they see a potential threat, they can become super-aggressive, to the extent that they can even kill their opponent.

The same is the case with a snake. This is generally the case with German Shepherds who work on farms, as these creatures are also considered great farm dogs who help their owners on the fields. There are tons of reptiles on the farm, which can be a potential threat to the farm and the owner. There is still a grey area when it comes to killing a snake, as it wholly solely depends on whether the snake is harmful or just harmless.

Since German Shepherds are fast runners, strong, and definitely larger than most snakes, they can win over a snake easily. However, there can be a few complications and dangers too. The biggest one could be, what if the snake is poisonous and bites the dog in self-defense?  Well, to your knowledge, only 20% of the snakes in the world are poisonous. Therefore, there can be some risks too.

In a nutshell, in a situation where a snake is in the garden or under the car, the German Shepherd will surely hunt it down, and kill it, so that it is not a threat anymore for its family and the owner.

With dogs like German Shepherds, it’s quite easy and unerring to say that German Shepherds have a strong intuition, and can easily comprehend the intention of the snake. If the German Shepherd thinks and feels that the snake, he just had an encounter with is dangerous, he might kill it.

But, when it comes to answering if German Shepherds can kill snakes. The answer to this is a SURE SHOT YES! German Shepherds, due to their muscular bodies, and intelligent brains are very capable of killing snakes. The only matter of concern is if the snake is venomous. If that’s the case, then the snake bit could be a problem for the German Shepherd. However, the chances of this are minute.

All in all, these Herculean creatures very well have the power and strength to take down a snake, without much effort.