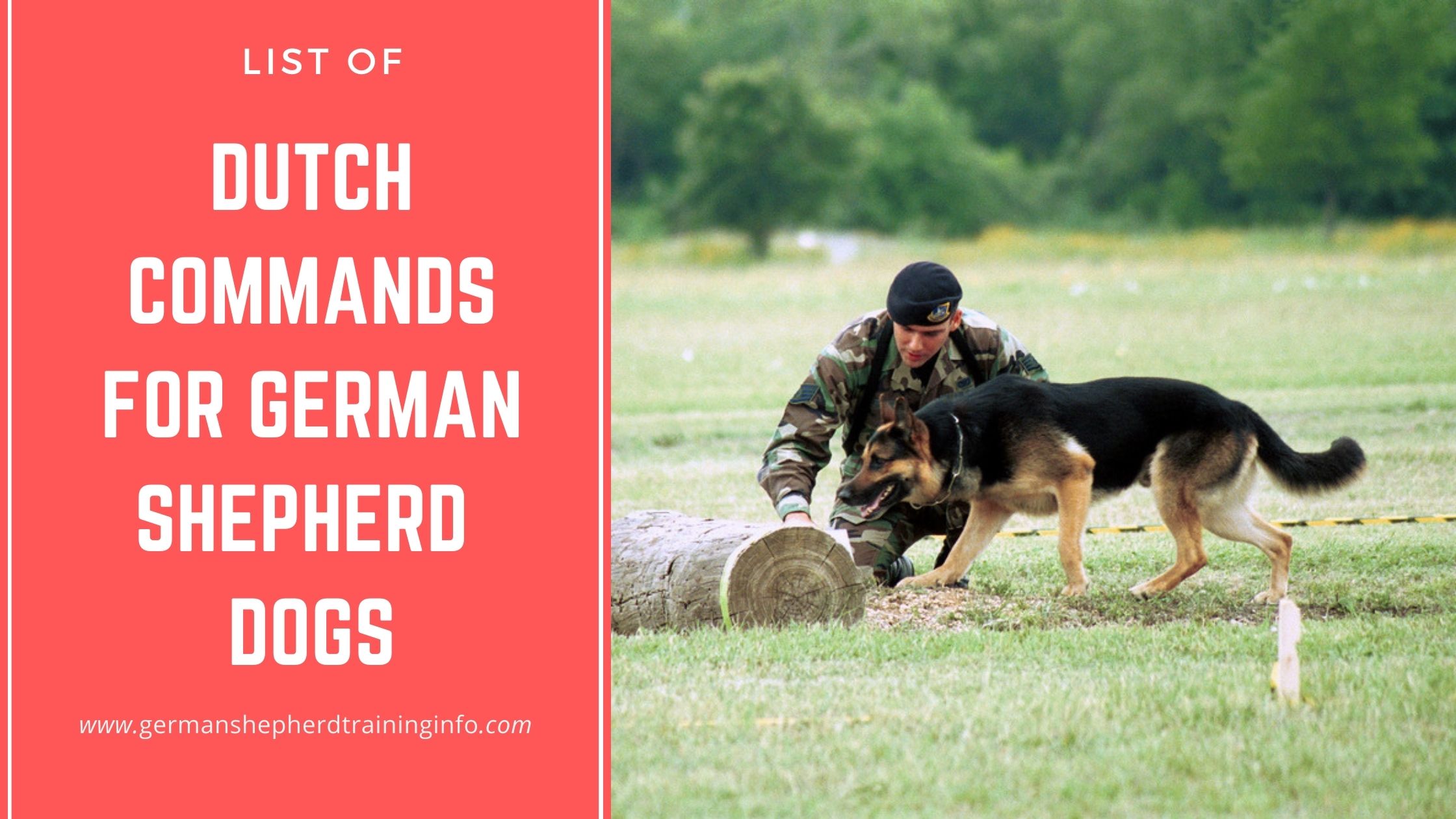 German shepherds are insanely smart animals. It’s no wonder why they are so widely used as police dogs and trained to guide people. A popular guide on training GSDs elucidates why they need creative and productive activities to channel their intelligence; indeed, they can become troublemakers if not trained well with commands and in basic etiquettes at an early stage.

One way to do that is by teaching your German Shepherd Dutch training commands.

What’s in the Language?

German Shepherds were bred in Germany almost 130 years ago and have since been accustomed to being trained in European languages such as German and Dutch. You can no doubt teach your GSD in your own native language, but there is a very simple purpose behind training in Dutch. He has been trained with those commands, and it’s much easier for the dog parent to learn a few Dutch command words than to retrain him with new commands all over again.

If you teach your German Shepherd commands in a common language that everyone around uses, he will inadvertently respond to such words in public uttered by anyone else. Your dog has a limited span of attention, he does not want to be distracted.

Make your commands stand out for your pooch!

While your canine pal may not be a language expert, he is sharp enough to pick up words that are uniquely used to address him. There is almost zero possibility for your German Shepherd to not distinguish between two words.

Suppose you have taught your pet the command “come”, but you also use the word often to ask your kids to “come here!”, your pooch will learn that “come” is not very reliable a command to answer. In contrast, if you use Dutch dog training commands, your German Shepherd will distinguish between common terms spoken at home and the commands that he is supposed to respond to.

One other outcome that may arise from this is you get to learn a new language too!

When you are training your German shepherd, keep in mind that the average dog is capable of understanding, memorizing, and processing up to twenty voice commands. A popular dog training website, Leerburg.com, recommends that you should call out your dog’s name before each command. Use only one single command at a time, so that your pawed friend does not get confused.

If you want to learn how to teach your canine friend obedience command find all the information you need here “Dog Training Commands”.

Almost every dog parent knows the story of how the famous physiologist Ivan Pavlov conditioned his dog to salivate at the sound of a buzzer. The principle behind training your pets is associating certain sounds or verbal stimuli to an action.

Thus, to accustom your German Shepherd with Dutch training commands, you can start training your German Shepherd as a puppy in Dutch, or make him bilingual, by teaching English voice commands first, and then repeating the same in Dutch. German shepherds are well equipped mentally to learn new things fast. You should also keep a bag of his favorite treats ready, whenever he responds correctly to the new command. In this way, you are creating the association of action with the command word in Dutch in his mind.

It is always recommended to always be appreciative and give encouragement to your dog if he correctly emulates an action as trained. Positive reinforcement works well with rewarding with treats. You could say, “good boy” (or “Braaf”, in Dutch!), showing your dog appreciation when they do something right.

Suppose you are teaching your puppy to heel (or “Volg Rechts”), always ensure that there are no possible distractions around. You need to be aware of possible reactions that will mislead him from the training.