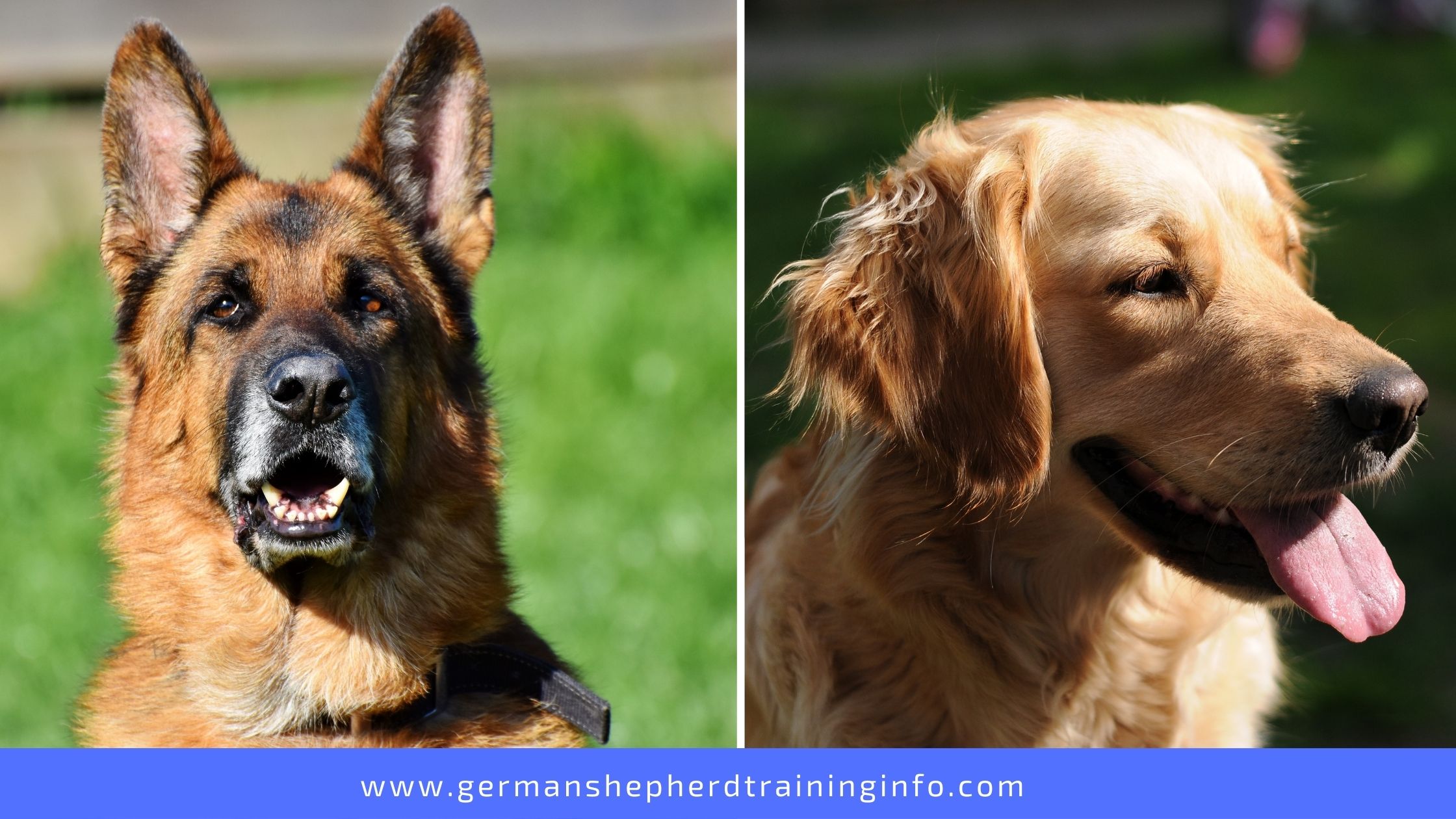 The friendly, outgoing, and energetic Golden Retriever is the 3rd most popular dog breed in the world. A tad bit more popular, taking the second position in the AKC popularity rankings, is the courageous, loyal, and noble German Shepherd. Imagine all the best elements of these two highly preferred purebreds in one single dog: The Golden German Shepherd.

What is the Golden Shepherd?

This breed is a cross between two purebreds—the Golden Retriever and the German Shepherd. Because of selective cross-breeding between these two parent pedigrees, the Golden shepherd is considered a designer breed.

The resultant puppy may inherit the large body build, high energy levels, and stamina from both its parent breeds. No wonder the Golden Shepherd makes for a spunky, but devoted pet.

In recent years, a greater awareness as to the health problems plaguing purebreds led to breeders selectively cultivating hybrids. Further, a need was felt to create the ultimate family companion and watchdog. The specific mix of the Golden shepherd was noted as late as 2009.  This makes it a relatively new designer breed.

Golden Shepherds are recognized by:

5. Cost : Many mix-breed dogs are as costly as their purebred counterparts. In the case of the golden shepherd,

Should you get a Golden German shepherd for your home?

Golden Shepherds are the perfect match for an owner who loves as much physical activity as this furball of energy. While he is not an ideal choice for novice pet owners, if you’re ready to put in enough attention, love, and time in upbringing this adorable dog, you have got a friend for life. He makes for an excellent watchdog and all-around family companion.

He is a highly sensitive dog and may become overprotective and easily attached to his owner. Thus, it’s essential he finds a household filled with people, as he does not like being alone.

For his playful, carefree behavior, open yards or play areas are needed, but it doesn’t mean you can’t upbring them in your apartment.  Make sure you give them a lot of physical movement through the day.

If you face any allergies or respiratory issues, avoid getting this dog, since his moderately high shedding tendency will create health issues for you as well.

Currently, the Golden German Shepherd is considered as a designer breed, due to which there are a lot of inconsistencies in the breed. You will not find a single standard or authority for the breed. However, in general, this hybrid is pliable, and given the right training, you can see him grow to be an inseparable part of your household.