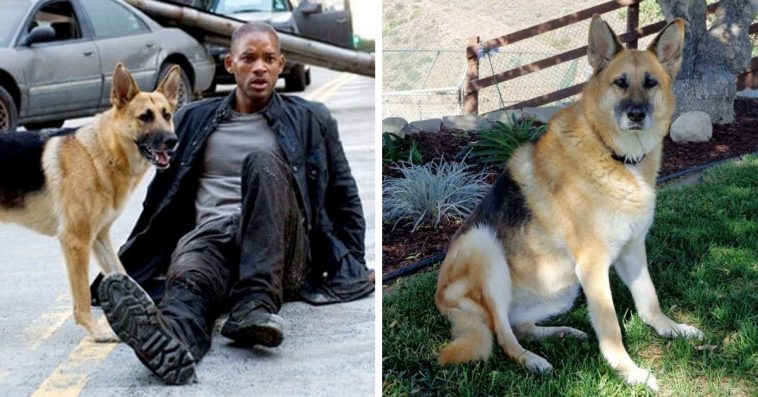 The entertainment world is full of new ideas and concepts when it comes to creativity and content. The movies can be animated or played by real characters. The entertainment business has far widened and gained massive viewership with thousands of people running to the theatres as soon as the movie is released.

We should give credit to these filmmakers who very well know how to touch the hearts of their audience, and one of the most popular ways of doing so is by showing the bonds of human beings with dogs. Not only this, but you can also see many movies and serials featuring dogs in a prominent role.

Moreover, these movies are liked and praised by the audience and the dog holds special emotions in the hearts of people. And when it comes to dogs being a part of a movie then there is this specific dog breed, German Shepherd, which has been featured in various spectacular movies. German Shepherd can be seen as playing watchdogs, attack dogs, pet dogs, or other trained dogs in the movies.

From being part of human life to essaying the roles in the movies they are more and more integrated into this human world. Many movies feature German shepherd as one of the characters in it, and these movies have proved to be immensely successful in winning the hearts of the viewers and conveying a moral lesson. The role of German Shepherds in the movies is more or less prominent depending upon the script. One movie may display the attachment between humans and other beings, another movie may hold dogs as an important part of the cast.

Here are some amazing movies where we get to see these wonderful German shepherd dogs in some prominent roles.

The scent of Murder is a crime thriller movie based on the character named Brenna Scott who is a dog trainee. The movie starts the plot when Brenna along with her dog rescues a kidnapped girl. She suspects that there is a serial killer on the roads and this becomes a cat and mouse game along with the Dog as a central part. Dog teams up with Brenna in chasing the serial killer and rescuing the little girl by pouncing and attacking the real villains. Further, the relationship between Brenna and German Shepherd is very well displayed.

9. SHEPHERD: The story of a Jewish Dog

This is the story of human bonding, reunification, and training. In the movie, a Jewish Boy gets imprisoned in a concentration camp by Nazis. To his surprise, he gets reunited with his German Shepherd who works as an attack dog for the Nazis.

The German Shepherd named Kaleb is separated from his Jewish family and adopted by an SS officer to train him to attack and round jews at the concentration camp. Kaleb soon recognizes the scent of his master or friend that is a boy named Joshua. The story deals with both the boy and German Shepherd finding each other again, breaking the bonds of discrimination, and escaping the camp from a near-death experience.

The movie tells the story of Rusty, a trustworthy and loving German Shepherd who is sold by an imposter separating him from his master Danny. Afterward, Rusty escapes from the house of his owners and gets injured in a process to be found by Jeff and his father. Soon Rusty is found by Danny since Virgil is seeking work Danny’s hometown.

Duncan took care of the dog and presented him on various shows and took him to many directors until he was selected to star in one of the movies. After that, the Same German Shepherd featured in many Hollywood movies setting a prime character of dog in the movies.

A fantasy movie in which Cats and Dogs take the shield to save the world. They work together to stop Kitty Galore from destroying both human and canine life.

This movie is a good source of entertainment and time pass. Where dogs and cats are the only hope to protect the world and humanity from the wickedness of Kitty Galore.

5. The Return of Rin Tin Tin

Another German Shepherd Adventure from the 19th century. The story is about Rin Tin Tin, a German Shepherd escaped with a priest. On their course, they met a young European refugee boy and befriended him and set up on an adventurous journey. The plot begins with villainous characters trying to steal the god named Rin Tin Tin, while the boy and the dog try their best to escape from them and explore their developing bond.

4. Devil Dog: The Hound of Hell

The movie is fantasizing, entertaining and a watch for the viewers who like horror, unexpected and creative sense. And what is more chilling and odd than a demonic satan, a German Shepherd.

READ :   German Shepherd And Timber Wolf Mix: Everything You Should Know About This Intriguing Breed Mix

Who says, dogs are just companions? This movie presents the German Shepherd as an action hero and a revengeful dog. The German Shepherd named Rocky enacts revenge after his master ACP Santosh is killed by an MLA.

If you want to watch the revenge journey of the German Shepherd just take some time and watch this movie. The movie is entertaining and thrilling with German Shepherd and his friend set on a revenge trail for ACP.

2. For the love of Rusty

Another one from the Rusty series. The German Shepherd Rusty sets on into the adventures with his friend, master, and best companion Danny who leaves the house feeling estranged from his family. As he takes Rusty along with him they get into some thrilling adventures and fun moments on their journey to nowhere.

Featuring one of the best actors of Hollywood and the star of Men In Black franchise Will Smith, this movie beautifully describes a relationship between a human and a dog. The story of the movie is based on a scientist who despite his endless efforts fails to find a cure to a viral outbreak and is only a lone survivor in NYC. The only companion throughout the movie is his German Shepherd dog. The story is all about Neville finding a cure to the virus with his German Shepherd on his side throughout. This sci-fi movie puts forward some beautiful relationship between a man and a dog.

These are some of the German Shepherd movies that portray them as main characters in the movie. It is a good watch for dog lovers. So what’s the rush? Just binge into these movies with your dog and explore the kinship.